During the one-week-long workshop the participants will be able to study and practice the basics of Viewpoints for three hours every morning. Training through the lens of the Viewpoints vocabulary the participating artists will find practical tools to support their physical improvisation and heighten their perception and response to the world around them in the act of creation. Through the technique we seek to find an answer for the following questions: What kind of tools can actors incorporate into their daily work? How can one anchor one’s focus and channel one’s energy? How can one sharpen one’s mind and senses to the ever-changing present onstage? We are looking to find as many questions as we find answers in the course of the week together.
The Composition course will take place during the 3 hour afternoon daily sessions. Participants will use the experience of the Viewpoints training to devise original material based on specific topics, prompts and texts. Outside rehearsal time will be required by all participants.
On the last day, July 10th, afternoon, the workshop-leaders will hold an online presentation and sharing of work with the attendance of the workshop participants. This presentation will be based on the devised material and the practices used during the workshop and it will be open and free for online audiences.

The language of the workshop is English without translation.

Originally developed by the remarkable late artist Mary Overlie, the Viewpoints is a philosophy of improvisation that grew out of the postmodern dance and performing art world. Through deep personal research and practice, Ms. Overlie discovered what came to be understood as six essential “materials” of deconstructed theater – The Six Viewpoints. Working directly with these materials, the theater artist begins to learn ways of entering performance practice unique to their own intelligence and curiosity.  SITI Company has continued to research and practice, and adapt these notions. The language of the Viewpoints allows artists to create together spontaneously and intuitively. It fosters a sense of ensemble, as well as deepens the individual’s sensitivity while onstage. The practice of the Viewpoints develops an artist’s awareness and articulation in how to read what is being made in the process of making. It is a practice in perception and appropriate response, strengthening an artist’s emotional, intellectual, and physical flexibility.

Composition is the study of creating original theatre works very quickly in accordance with a set of parameters and requirements. The objective is to work with fundamental principles of collaborative theatre making and performance within a very short time-frame. It is a way of generating images and theatrical ideas and testing possible approaches to a play or concept. Each composition class centers on a theme or specific text, exploring the contemporary possibilities and historical problems of existing material. Composition is a practice in the art of devising and the creation of original work.
It is also a way of putting the Viewpoints study into immediate practice. Artists are given a chance to apply the skills and vocabulary learned in the daily training to the demands of rehearsal and theater making. 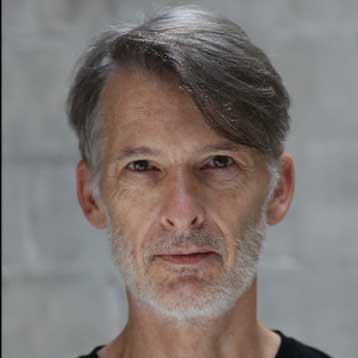 American actor, teacher and member of the SITI Company

Will Bond is a founding member of SITI since 1992. Credits include The Medium, Small Lives/Big Dreams, Culture of Desire, Cabin Pressure, War of the Worlds (by Naomi Iizuka for SITI), Lilith & Seven Deadly Sins (New York City Opera), War of the Worlds: The Radio Play (Orson Welles), BOB (Drama Desk Nomination), La Dispute, bobrauschenbergamerica, Radio MacBeth, Who Do You Think You Are, Death and the Ploughman, Antigone, Lost in the Stars, Persians, Bacchae, Chess Match #5, Falling & Loving.

Will first visited Toga, Japan and began working with Tadashi Suzuki & SCOT in 1984. 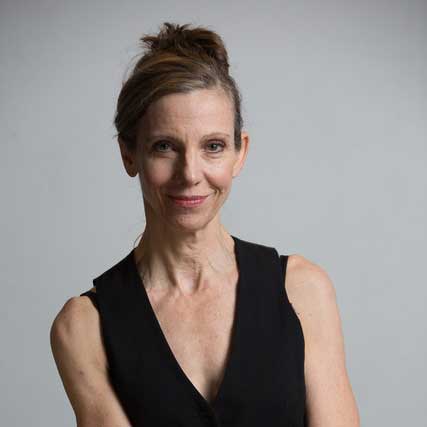 American actor, teacher and co-artistic director of the SITI Company

Ellen Lauren  is one of the three Co-Artistic Directors for SITI Company, now in its 30th year, which she helped found with directors Anne Bogart and Tadashi Suzuki.  SITI is an ensemble theater company based in New York City that performs nationally and internationally a repertory of devised and classical material.  In addition, SITI has dedicated its three decades to the research, practice and sharing of its training vocabularies.

Ms. Lauren is a member of the acting company, and the head of SITI ’s educational programming that includes New York based studios, SITI’s annual Summer Intensive, national and international residencies, and the design of SITI's bi-annual Conservatory.

She is also an associate artist with The Suzuki Company of Toga (SCOT) under the direction of Tadashi Suzuki for over 34 years.

Acting practice:
Performance credits with SITI include: Three Sisters, Falling and Loving, Room; the Film, The Bacchae, Chess Match #5, the theater is a blank page, Persians, The Event of the Thread, Trojan Women, Variations on A Rite of Spring, Café Variations, Under Construction, Radio Macbeth, Who Do You Think You Are, American Document, Death and the Ploughman, A Midsummer Night's Dream, Room, bobrauschenbergamerica, Hotel Cassiopeia, systems/layers, War of the Worlds, Cabin Pressure, The Medium, Culture of Desire, Going, Going, Gone and Orestes.

Performance Credits with SCOT include: Clytemnestra in Electra, Agave in Dionysus, Goneril in King Lear, Jocasta in Oedipus, and Juliet in Waiting for Romeo.